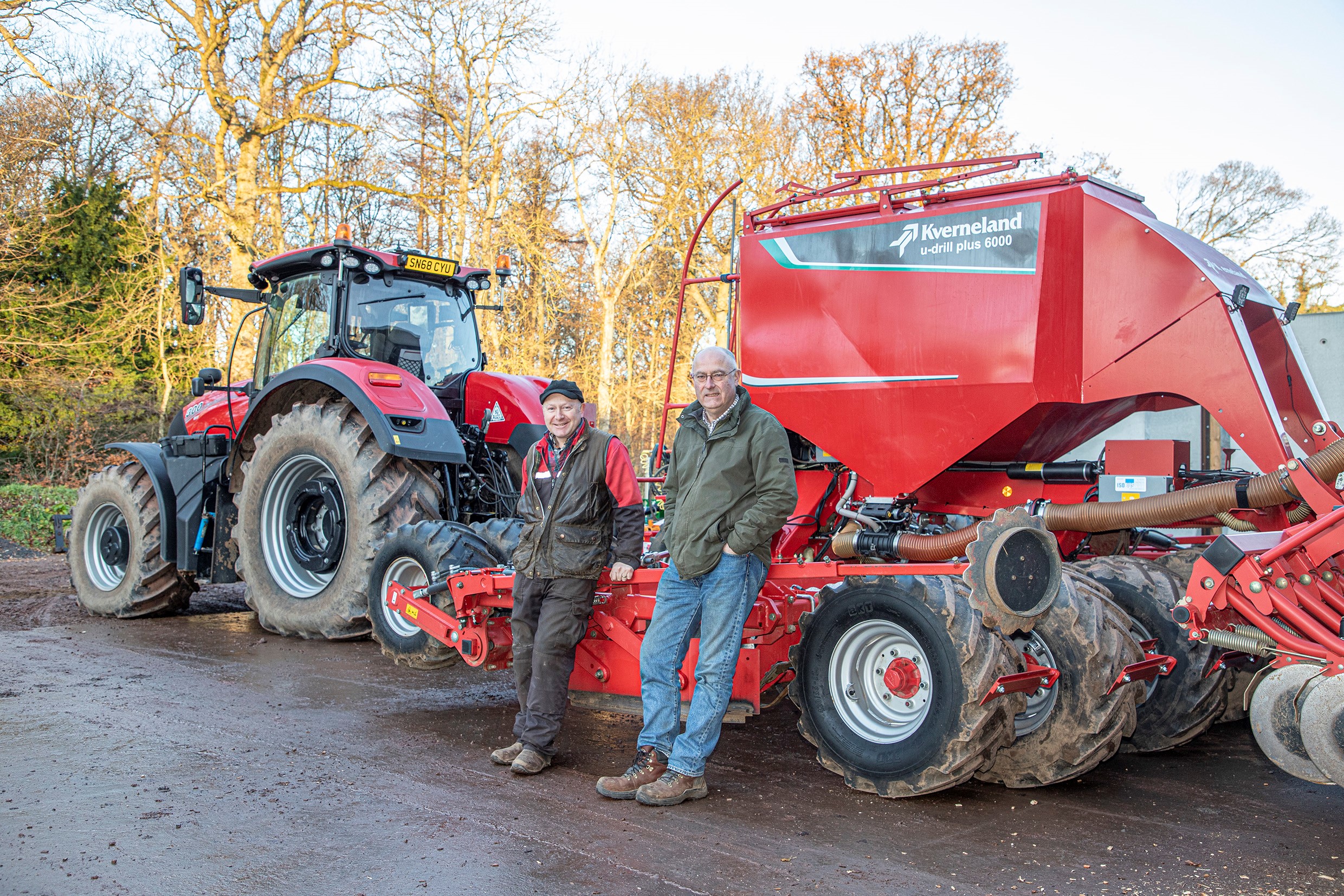 “I was looking for a grain and fertiliser option at 6m to remove an autumn fertiliser application and get crops off to a better start,” says Bill Gray. “We also wanted the ability to work on ploughing and min-tilled soils.”

When Bill Gray sought more drilling output for the 560ha Preston Hall Farms at Pathhead in the Scottish Lowlands, the move from 4m up to 6m brought considerable choice to the table. Though it was quickly narrowed down after reading a magazine group test that highlighted the u-drill’s capabilities.

“I looked at many options, and the u-drill provided value for money, it was backed up by Kverneland’s reputation and supported by specialist knowledge from product manager Graham Owen,” he says.

“And a demonstration from supplying dealer Lothian Tractors soon proved that it would do what we were looking for.” With two seasons under its belt, the drill continues to help Preston Hall to push forward with new establishment opportunities.

These include variable seed rates and cover crop varieties, and more recently, a field test to direct drill oilseed rape after winter barley. “I wanted to sow oilseed rape direct into stubbles, just to see how the drill performs,” he says. “I thought we’d try a 7ha field, and just to make it more beneficial, I included Berseem Egyptian clover mixed in with the rape seed.”

He says OSR was established at 50 seeds per square metre, with the clover companion crop used only as an establishment aid. “Berseem is a vigorous rooter, which has helped the plants to put down their tap roots. It could be viewed as providing some soil disturbance below the surface, potentially making up for the direct drill approach,” he adds. “It’ll be interesting to see how it yields – 4.5t/ha is our benchmark.” With a rotation that includes winter wheat, winter oats, winter oilseed rape and both winter and spring barley, Mr Gray says the farm is also pushing more and more into cover crops, to develop soil biology.

“We’ve got quite a variation in soil types, from sandy clay loam over clay, with a lot of stones too. Though the u-drill handles this with some confidence,” he says. “With full-width front and rear press wheels, it rides very well, and we’ve found that 12-14kph is the sweet spot for coulter control and pressure, on our land.” Operator Alastair Hogg agrees. “I can cover 40ha/day quite comfortably,” says Alastair.

“The drill also travels well on the road, which is useful given the spread of land we’re farming.” “On 24m tramlines, we’re saving seed compared to our old 4m drill,” he adds. “Half-width shut-off does help, and we’re finding that the u-drill’s seed placement is better if we move less soil, and work on a firmer seedbed.

”Mr Gray says that the farm continues to evolve, and is learning to push boundaries more and more each season. “You do need to ask yourself if there’s a better way,” explains Bill. “Don’t be afraid to try different approaches, as you balance crop production against financial stability.”