The ambitions of our founder, Ole Gabriel Kverneland, remain: to design ploughs able to withstand the toughest of conditions and still delivering the perfect ploughed field for the best crop potential.

The experience is obviously not limited to Norway. Kverneland, as the leading plough manufacturer, exports 97% of its production to at least 45 countries on the 5 continents for more than 65 years. Experience has been shared between ploughmen working in so many different soil conditions and Kverneland. This gives credit to Kverneland to be perceived as the Plough Expert.

When a good soil preparation is recognized as being vital for a good crop, the profitability of ploughing is equally important. 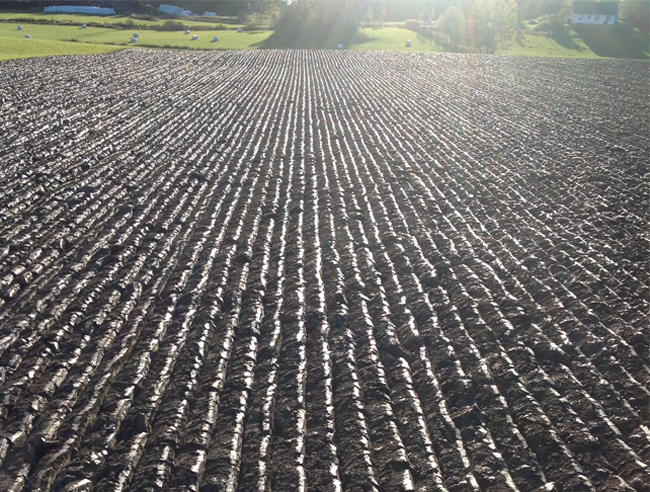 Making Ploughing Profitable
We know that your land and crops are your life. They depend on you, like you depend on them. What is best for your land and crops, is best for you. All of our efforts and solutions are dedicated to this belief. That goes for ploughing as well. Some may say ploughing isn’t necessary to get the best out of the land. Others may say it is far too expensive. What if we told you it isn’t?

That it even may bring you something. Like higher yields and extra revenues. To ensure that arable farming leads to a healthy and bright future for you, your family and your business.

We call it: Profitable Ploughing.

Choosing the right tillage system
Tillage provides the ideal medium for crop growth by assisting elements such as aeration, soil temperature, soil water, soil fracture, weed control, plant nutrition and plant health. In the end the choice for a specific tillage system depends on making the most suitable combination of operations at the right time. So you’ll achieve your preferred soil condition with a minimum amount of energy, time and investment.

The choice for a specific tillage system and soil preparation technique depends on various values. Like your personal affinity with a specific kind of tillage system, the soil type involved, climate and weather conditions, potential crop rotation, environmental considerations or governmental laws and provisions.

Even "zero tillage" is a serious option to some arable farmers.

Ploughing, yes or no?

When considering which tillage system is best, one subject that gives much food for discussion is ploughing. Some farmers swear by it, others look upon it as old fashioned or even too expensive.
Yet, there are a lot of strong arguments that speak in favour of ploughing:

Survey
In a recent survey (2015) carried out by Kverneland among German and French arable farmers, ploughing is being recognized as the most important tillage system. More than 60% of all farmers see it as an essential step in farming. An advantage mentioned by almost 80% of the farmers, is that it saves chemicals to prevent weeds, especially blackgrass.

You would expect that a stubble cultivator, working with a wide width and used at high speed, would manage more area per hour. But a comparable result in quality can only be achieved after repeatedly crossing a field. Furthermore you would need more herbicides and fungicides, products that have been under close scrutiny for some years now.

Let’s forget about the positive aspects of a plough for a while; let’s take a closer look into the process costs and compare the plough with a cultivator.

TEST
A test, performed on the same field in similar soil conditions, should show whether the plough is really that much harder to pull and consumes more fuel, as is stated by some.

The two "test candidates", a cultivator with 10 tines (3 m) and a 6-furrow plough, work closely together in the field. Both are adjusted to a working depth of 23 cm and both are mounted on a 185 HP tractor.

Slippage and fuel consumption are constantly measured. The results in the table are very surprising! Working with the same depth, width and speed, the fuel consumption is approximately equal between both candidates. Looking at the slippage, the results are even somewhat less favourable for the cultivator.

Working depth and working width
While ploughing has many advantages, you may ask yourself:
but is it efficient? And am I able to influence efficiency further?

The answer is a simple "yes, you can".

By considering matters such as working depth and working width, the plough body and forward speed during ploughing, you are able to optimise both the pulling force (traction) and work rate. Furthermore you will save on fuel consumption as well as wear.

Of course, the specific adjustments to your machinery and the actual savings will depend on location, crop rotation and climate, so they may vary each year. But no matter what, taking into account the above considerations to optimise the efficiency of ploughing, you will have laid the cornerstone for a clean and re-compacted seedbed.

So, it is important to use a plough that is easy to adapt to local conditions from year to year.

Kverneland Profitable Ploughing will be further demonstrated in Part 2 in April. 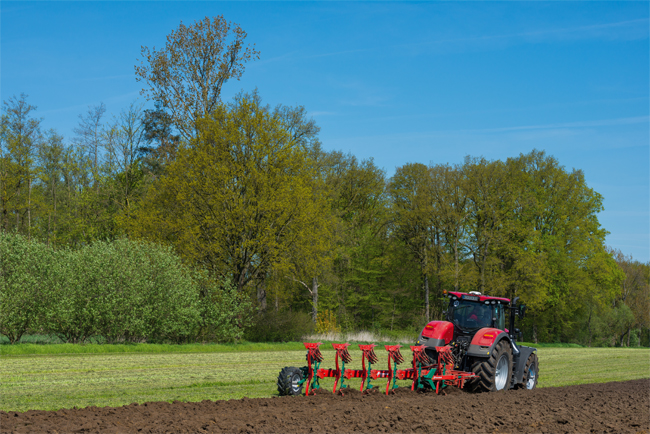